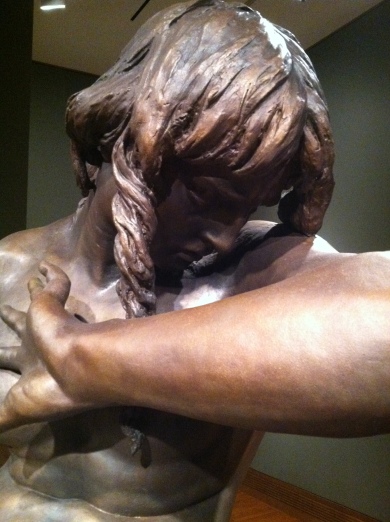 19th century writer Henry David Thoreau moved to the woods around Walden pond so he could experience a life of simplicity.  He felt weary of the routine, unexamined life of the shopkeeping townspeople.  “The mass of men,” he wrote, “lead lives of quiet desperation.”  Thoreau intended to confront life, rather than fill his hours with busyness and idle chatter.  He intended to “suck the marrow” out of the bones of life.  He resolved to ask questions about ultimate reality.

Though Ecclesiastes is a book of mist and vapor and smoke, Qohelet, the narrator, is clear about one thing: he is determined to ask these same questions about ultimate reality: “What does man gain by all the toil at which he toils under the sun?” (1:3)  What is worth doing?  What is the point of it all?  How should I spend the roughly 29,220 days allotted to the average American male?

Qohelet sets this challenge against a dark backdrop in verses 4-11.  We might read this and think of the sunny, swelling chorus of “The Circle of Life” from The Lion King.

But that isn’t what Qohelet is getting at.  This little poem is not about the interconnectedness of all things.  Qohelet emphasized movement without rest, action without completion.  This isn’t even really a proper cycle.  A cycle implies a sequence of events that has a definite beginning and completion.  The next turn of the cycle is a new beginning, a rebirth, a renaissance.  The pattern repeats, but it is always new and fresh.  A new school year starts with a bright-eyed entering freshman class.  The spring begins anew with a fresh set of seeds and bulbs blooming.   The April tadpoles swarm in the pond; they will grow into summertime frogs who will lay yet more eggs that will become a different new swarm of tadpoles.  There are times, there are seasons.  And Qohelet will beautifully address this concept in chapter 3.

But not here.  Not at this point in the work.  Here, as Qohelet asks the question “What does man gain by all the toil at which he toils under the sun?” he follows with an image of restless, purposeless movement.  The emotional feeling is like which accompanies Marley’s ghost in A Christmas Carol: the tired sense of doom that accompanies  an endless wandering the earth burdened by chains.  Qohelet conveys the weariness of the old greek myth of Sisyphys, who was condemned by the gods to an eternity of pushing a boulder to the peak of a mountain, only to have it roll back to the bottom just before he reaches the summit.

Remember that old 70s Kansas Song “Dust in the Wind”?

“Same old song, just a drop of water in an endless sea.  All we do, crumbles to the ground though we refuse to see.  Dust in the wind, all we are is dust in the wind.”

Vanity of vanities, all is vanity.

There’s our initial answer to Qohelet’s question.  Blessedly, this is simply the starting point, not the final word.  Part of the meaning of this book lies in the journey, and it is a trip through dense underbrush with dozens of switchbacks on the trail.  Though here at the outset of the journey, we have an emotional assessment of weariness, and angst:

“It is an unhappy business that God has given to the children of man to be busy with.” (1:13)

“For in much wisdom is much vexation, and he who increases knowledge increases sorrow.”  (1:18)

This book is not for the shiny happy people.  This book does not accentuate the positive nor does it eliminate the negative.  This book of Ecclesiastes is not about your best life now.

There’s a movement afoot called the “Wealth and Prosperity” gospel.  The basic idea behind this movement is that God wants to bless you, and that a significant part of that blessing includes financial wealth and prosperity.  Some teachers within this movement suggest that if you don’t have wealth or health, then the fault is obviously yours for you don’t exhibit enough faith.  Show a little more faith by sending the ministry some “seed money,” for God will certainly receive your seed of faith and return the blessing to you a hundredfold.

Teachings like these shatter upon the rocks of Ecclesiastes.

This book is for who wallow in the swamp, the slough of despond.  We who wrestle with melancholy find a kindred spirit in Qohelet.

This book teaches that you don’t kill the melancholy in your heart.  Instead, embrace it; honor it as a part of you.  The gift of melancholy lies in the truthful understanding of the hebel, the sfumato, the vanity of vanities.  The gift of this book lies in its ruthless, relentless destruction of all our idolatries, all our pretensions, all our illusions.  It leaves us naked before the universe.

And that is a very uncomfortable place to be.

There are two couple of options at this point.   Embrace meaninglessness.  Or look beyond this world for meaning.  After all, Qohelet’s question was “What does man gain by all the toil at which he toils under the sun?”

In the cosmology of the ancient world, “under the sun” meant the material world, the world of humans and plants and creatures and stuff.  But there was another world beyond the sun.  The heavenlies.  The celestial realms.  The throne room of the Living God.  To quote Hamlet again, “There are more things in heaven and earth, Horatio, than are dreamt of in your philosophy.”  Qohelet is implying that there is more going on than meets the eye.  In this poetic turn of phrase “under the sun,” Qohelet obliquely nudges us ponder what there might be “beyond the sun.”

“Balderdash!” you say?  “Why doesn’t he come right out and say it?  Why make it oblique?   Why imply?  Why all this smoke and mirrors?”