We used to think that generational difference determined church participation – “Builders” like traditional forms of church, “Boomer” like seeker-sensitive churches, “Gen X” likes a harder, edgier church.   Therefore, when we talk about the Age of Design, that’s just church for Millennials, right?

Certainly the cultural zeitgeist shapes the generation coming of age during any given era.  However there are always remnants of previous eras that have carried forward into the current generation.  For instance, our worship service at Covenant-First is very traditional with its organ, choir, and prescribed liturgy – and yet we draw people from across age demographics.   People come for different reasons, of course, but I have found that even now there are 20 and 30 year olds who seek out an “old-fashioned” style worship service.

Even with all these people in one congregation, there are still different mindsets.   In the same congregation there are “Moderns” “Postmoderns” and “Age of Design” type thinkers (see my grid for differentiating these modes of thought in the 15 page “Ministry in the Age of Design” paper).  Interestingly, I’ve observed that these mindsets cut across generations.  There are 30 year old modernists out there.  I’m finding 70 year olds who behave like Postmoderns and 60 year olds who latch on to the Age of Design ideas as though they were a lifeline.

It’s a helpful reminder that, though the “Postmodern Age” is dead, Postmodernity still exists.  It always will.

To help us grasp this, we might consider an idea from Richard Dawkins (yes, THAT Richard Dawkins – he’s not Beezelbub, he’s not a Halloween bugaboo, he’s a man.  And sometimes he has some interesting things to say.).

Dawkins talks about the idea of a “meme.”

By this, he does not mean the Facebook-sharing of silly cat pictures adorned with inane captions.

A meme, according to Dawkins is a unit of cultural information.  It could be anything from an advertising jingle to the economic theories of Ludwig Von Mises (OK, OK, cat photos fit in there too… but the idea of a meme is SO much bigger).   The US Constitution is a cultural meme.  The iconic images of Andy Warhol are memes.  So are the works of Shakespeare, Quantum Physics, Pasteur’s germ theory, and others.

Dawkins’ idea, as I understand it, is that these memes replicate.  When we find a meme appealing, inspiring, or true, we make it a part of our own thought.  We adopt it into our worldview.  Sometimes we play with it and tweak it.  And then we share it with others.

Now at any given time, a meme or a set of memes may dominate the cultural scene and define an age.  However, when those memes fade from top prominence, they still exist, they still get passed on from one generation to the next.   They form a tradition of their own. 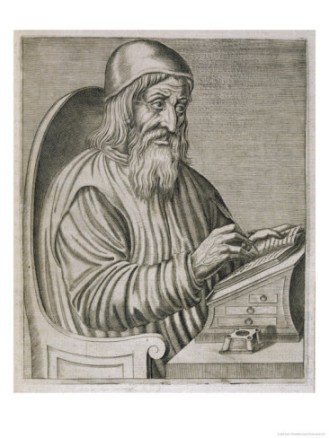 To illustrate:  In his book Here Comes Everybody, Clay Shirky tells the story of Abbot Joseph Trithemius, who in 1492 wrote De Laude Scriptorum, a defense of the scribal tradition against the new technology of the printing press.  It is a beautiful love letter to the tradition, citing the many benefits of the careful, painstaking process of creating hand-drawn illuminated manuscripts.

Trithemius published his little book with a printing press.  It seems that he wanted his ideas to spread quickly, and the technology made it easier to do that.

“What hypocrisy!”  we say from our 21st century perch.  “The irony was totally lost on the benighted Abbot!  Oh how much more sophisticated we are to see that the scribal tradition was doomed by the printing press.”

The joke is on us: Trithemius won.

The scribal tradition didn’t die.  And it hangs on in more than calligraphy in wedding invitations.  Even now there are projects to continue the Scribal Tradition.  Consider the high profile St. John’s Bible or the much humbler, yet equally impressive Pepper Bible.  My friend Aaron Klinefelter, while working as campus minister at Northern Kentucky University, led a weekend retreat in which the group created their own Illuminated Manuscript of scripture.

And the meme continues wholeheartedly in the Age of Design.  Hand lettering is back and is being used to convey inspirational messages.  Consider the work at Dudebeawesome as a prime example.  The Chic-type blog provides an interesting look at the ongoing world of hand drawn script.

The scribal tradition lives.  Abbot Trithemius won.  That meme continues – in a varied form, yes.  But it continues.

And so it is in our congregations.  We have many different mindsets, drawing from many different memes.  Usually what binds us together is the life-giving gospel of Jesus Christ.  But when things get down to the practical implications and applications, well, things get messy.

Just because we’re in the Age of Design doesn’t mean that messiness goes away.

2 thoughts on “One Church, Many Tribes. It’s Not a New Problem.”