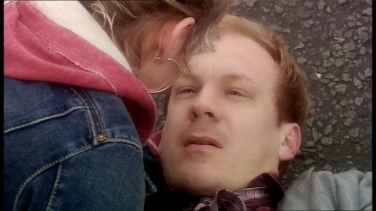 Every one yearns to be significant.

The world tries to tell us that we’re not.

Rose Tyler never knew her father, Pete.   He was killed in a hit and run accident when she was just an infant.  But all her life, Rose’s mother had told her what a great man Pete was.  In the episode “Father’s Day” the Doctor takes Rose back in time to the day that her father died, so that she could be with him and hold his hand.

But Rose can’t bear to watch her father die.   She saves him.

History changes.  Time is broken.  The world begins to unravel.

The Doctor is quite angry with Rose about her action.  She tries to excuse herself by saying that Pete wasn’t anyone important – he didn’t start a war or anything.  He was just an ordinary man.  The Doctor replies with a beautiful line:

“An ordinary man – that’s the most important thing in creation.”

There’s the biblical touchpoint – the great dignity of humanity.   Yes, we’ve already seen this theme earlier in Tardis Theology #2 (on the episode “The End of The World”).  There, we reflected on how, even though the Lady Cassandra had degraded her body and committed crimes of a heinous nature, she still had a basic human dignity of being a divine image bearer.

This episode, however, comes at the topic from a different angle.

We figure out that Pete Tyler is a schlub.  He doesn’t amount to anything.  He hops from job to job and dreams of making it big, but can barely make ends meet.   His wife doesn’t respect him; they fight continually.

What’s worse is that he knows it.  As the episode progresses, Pete figures out that Rose is his daughter from the future.  And he figures out that time is unravelling because he was supposed to die, but didn’t:

Pete: …I’m meant to be dead.  That’s why I haven’t done anything with my life.  Why I didn’t mean anything.

Pete:  Rubbish.  I’m so useless I can’t even die properly.

Do you hear the self-loathing in Pete’s lines?

But the truth is that the lowly and the losers, they too bear the image of God.  In fact, in God’s sight, they carry their dignity well.  Consider that Jesus enjoyed the company of outcasts like prostitutes and tax collectors (Luke 15:1-2).  Jesus said that the economically worthless gift of a poor widow had more spiritual value than all the big donations of the wealthy patrons (Mark 12:41-44).  Jesus instructed his disciples to be servant and to seek the lower place in the pecking order (Mark 10:42-45).

There are no losers in God’s eyes.  No waste-oids.  No schlemiels, fog-pates, or duffers.  Even the most lowly bears dignity.  Even the most insignificant has a contribution to make.

Pete Tyler realizes that his contribution is to save the world by going bravely to his death.  He’s thankful for the chance to  have seen Rose as an adult, and then he makes his contribution.  And saves the world.