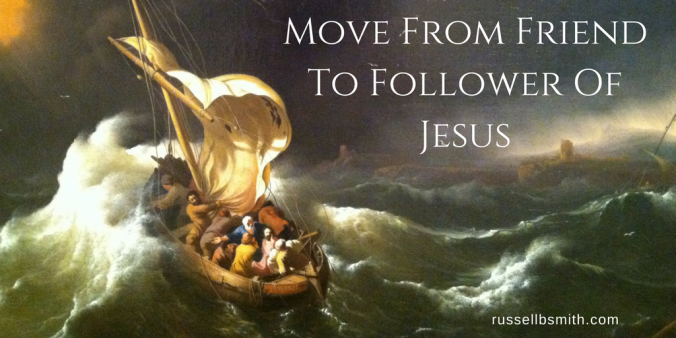 When we follow the footsteps of Jesus, we learn what truly matters; the puffery and petty idolatries of the world lose their luster.  We learn to spend our energies in pursuit of what really matters.

Our cruise on the Sea of Galilee seemed like a simple pleasure outing. The day was bright and breezy; the waters invited us out to see a panoramic view of the region where Jesus did most of his ministry.  Arrayed in a six or seven mile crescent we could see Magdala (the home of Mary Magdalene), Tagba (the traditional spot of the miracle of loaves and fishes), Capernaum, Bethsaiada, and Cursi (the place of the Gerasene demoniac).  It was a lovely excursion on the water.

The hardy band of pilgrims on the Sea of Galilee

After orienting us to the region, Bob again began to teach.  He spoke of being a fisherman in this region.  The captain of our cruise ship was also a fisherman; Bob invited him to speak of the techniques, the indigenous fish, the seasons of good fishing.  His talk reminded us that fruitfulness involves living in harmony with the natural rhythms of life.  Fishing season is in the winter.  From April to June, the fish migrate to the deeps so they can mate and spawn a new generation.  The successful fisherman knows to rest from his work during that time and tend to his boats and equipment.  Rhythms of rest and labor would become an important theme as our pilgrimage continued.

Bob called our minds to Luke 5, when Jesus asked Peter to put out the nets.  Peter replied that they had been out all night (for nighttime was when the fish were active, not day) and had caught nothing.

“But because you say so,” Peter replied, “I will let down the nets.”

And what a catch.  The nets were full, near to bursting.  They had to call another boat crew to come and help, and both boats were filled with fish.

“When we submit to Jesus,” Bob said, “our lives become abundant and fruitful. ”  Peter had to learn to humbly submit to Jesus.  Yet when he did, he got the catch of a lifetime.

Bob continued, “Jesus is taking Peter from friend to follower.  Friends will serve you, but followers will obey you.”  Friends do things as a favor; they serve out of the kindness of their hearts.  Followers do things because they recognize authority.  That’s clear in the Luke passage:

But Jesus didn’t go away.  He affirmed Peter’s dignity.  He said “Don’t be afraid; from now on you will fish for people.”

Earlier in Capernaum, Bob had told us that following Jesus didn’t involve Peter rejecting the family business – it meant that it would be taken to a whole new level.  Leaving “everything behind” meant that the business would no longer be about profit, but about people.  Business would supply sustenance for the body and a platform for proclamation of the kingdom.  The mundane vocations of the world become transformed into missions for human hearts. 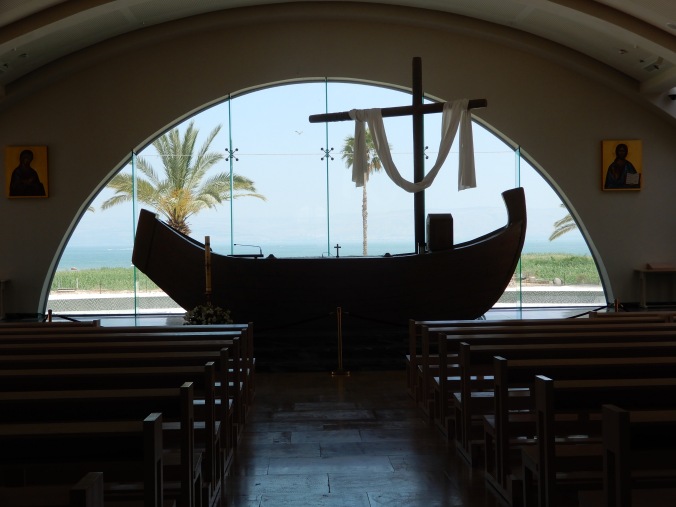 The church in Mandala, with an altar designed to recall a 1st C fishing boat.

Here on the waters of the Sea, we learned that the transformation starts with listening to Jesus and heeding his word.  This means we follow the master who asks us to do things differently, to do things that are counterintuitive, to hear his voice and to follow.

So ponder this: how is Jesus taking your vocation to a higher level?  How are you investing in the hearts and souls of people through what you do?  What is it to leave behind the worldly concerns that shape your field of work and to focus in the kingdom of God?

Comments are open – looking forward to hearing from you.

About the cover image; This image is a detail of Ludolf Backhuysen’s 1695 painting “Christ in the Storm on the Sea of Galilee”, which I saw in the Indianapolis Art Museum in 2014.  I chose this because of the depiction of Peter’s fishing boat and the detail of the disciples in the storm.  However after I finished the post and title graphic, it occurred to me that following Jesus does not always bring abundant catches of fish; sometimes following Jesus sends us straight into the center of the storm.  The abundant life of Christ will at times be filled with risk and danger.

2 thoughts on “Move From Friend To Follower Of Jesus”