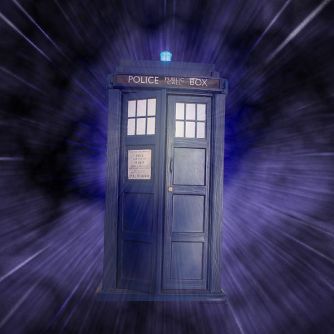 Whatever your answer, I’m afraid the two-episode story only gets one Tardis Theology reflection.  Most of the first episode is simply setup of the convoluted scheme of the villainous Slitheen to infiltrate the upper echelons of British Government and start a worldwide nuclear war.  By the time the Doctor finally figures out who the villains are and what the real danger is, we are well into the second episode.

And are the Slitheen motivated by grand schemes of conquest?  A desire for domination?  Revenge, perhaps?

No.  The Slitheen are simply in it for the money.

They plan to reduce the entire earth to radioactive slag that they can sell as spaceship fuel.

Yes, for the Slitheen, it’s all about cheap fuel.  It’s too bad that they have to kill every living thing on the planet to make their profit. Unfortunate collateral damage.  It’s just business.

Human greed gives birth to a cornucopia of deception and destructive behavior.  Psalm 14 gives us a potent image: “They devour my people as though eating bread…”  The Slitheen literally devour people’s bodies so they can steal their skins for a disguise.  However human greed leads people to figuratively devour others – to devour their resources, their savings, their heritage, their hopes.

The Bible has harsh words for those who defraud others in order to amass great fortune.  Isaiah pronounced judgment against those who built great estates by snookering their neighbors out of their land:  “Woe unto them that join house unto house, that lay field to field, til there be no place, that they may be placed alone in the midst of the earth.”  (Isaiah 5:8)  Meanwhile Jeremiah commanded the king to defend the weak against the ruthless:  “Do what is just and right. Rescue from the hand of the oppressor the one who has been robbed. Do no wrong or violence to the foreigner, the fatherless, or the widow, and do not shed innocent blood in this place.”  (Jeremiah 22:3)

Seen in the light of these scriptures, these two episodes become a funny little piece of social satire.  While originally intended to skewer motivations for entering the second Iraq war, the satire fits many contemporary social situations.  It lampoons the ruthless and clever hucksters who make enormous profits while crushing people in the process.  The Slitheen could easily be a stand in for the Bernie Madoffs, the Wolfs of Wall Street, the purveyors of payday loans, or much of the investment banking industry of 2008.

However we mustn’t let the satire lull us into the trap of thinking that we’re not susceptible to the same kinds of greed.  How many of us hold retirement portfolios with companies that are engaging various kinds of manipulative exploitation?  Have we never been tempted to fudge the rules, even just a little bit, for our gain.  Have we ever engaged in small frauds, justifying ourselves with the rationale that “everyone’s doing it.”  Who are we willing to cheat in order to satisfy our own greed?

1) What are some of the big ways you have seen greed lead people to hurt others?

2)  What are some of the ways you have faced the temptation of greed?

3) Paul talks about “godliness with contentment.”  What are some ways you have learned to be content?  What are other passages in scripture that teach about contentment?

4)  We receive messages each day that urge us to be discontented.   What are some of these messages like?  Where do they come from?  What kind of behavior do they produce in us?  How do we train ourselves to be contented?

If you found value in this post, please share it with your friends, because it might bless them, and it’ll certainly encourage me.   Get encouragement in your inbox by clicking here to sign up for the Horizons of the Possible monthly e-newsletter.  You’ll receive a monthly digest of the best posts from the blog and the best photos from Instagram, as well as information about upcoming publications.

One thought on “Tardis Theology #4: In Which The Doctor Discovers That The Love Of Money Is The Root Of All Evil, Even In Aliens.”